There are ups and downs to Ubisoft’s latest game, Tom Clancy’s Ghost Recon: Breakpoint. If you’ve heard anything about the game as of late, you’ll know that reviews don’t favor it kindly. That said, I too don’t think highly of the game but that has more to do with my belief that Ubisoft is putting its talents to waste these days. They have the ability to make quality games, and yet seem to pump out games that feel half-finished in design.

All that said, there is good to be found in the game. The first big selling point for me is the cooperative nature of the game, nothing beats playing with your friends. Each of you fulfilling a different role in the group, from assault team member to sniper support. This helping hand is doubly helpful when you get to sneak through a plethora of bases together handling enemies left and right.

I’m a keener on perfecting stealth runs, and so are many of my friends, meaning we play an area until we get it down pat. The system works wonderful as you are able to dispatch enemies easily enough, one or two well-placed bullets handling many of your foes. The world itself feeling expansive and fun to explore through as you move from one mission to the next. It reminds me of Far Cry 5 in that respect, a game I don’t mind flying through as I know another fun stealth mission will occur. For those of you who like to shoot their way through the world, feel free to do that approach to – though it is less fun.

The game’s story leaves something to be desired and feels often bland and not as grabbing as Ubisoft meant it to feel. Though Ghost Cole D. Walker (Jon Bernthal) does bring life to the game by being a desirable villain. However, the rest of the cast falls short and doesn’t quite deliver, much like many of the ‘enemies’ you find throughout the game. Though I might be to blame for these let down in terms of fights, as many of them end by stealth as opposed to full-frontal fights.

The loot system really seemed useless if I’m honest, as it didn’t seem I could travel long in the game and not find a better model of my weapon or armor. This often made me feel not attached to any one weapon, and more than willing to trade out mid-fight should I find something even a little bit better as the weapons didn’t have special functions that really spoke to me (much like Destiny weapons might have for many of us that played the game). That said, I know there are tons of people who love scrounging for constant weapon upgrades. It doesn’t hurt that missing out on a specific mission with your friends would ensure that your weapons were complete behind the pale, as the loot system seems quite random in Breakpoint. The wide range of weapons available in the game also likely appeal to weapons enthusiasts, as my own friends have proven to me time and time again as the admire their newest find and memorize specs.

The skill tree was also a point of contention for me, but merely as a person who is used to gaining super-cool abilities as they unlock more of it. The skill tree in the game gives you a small percentage base increases to your normal abilities – which means your character will be just a smidgen better. This, as I said, doesn’t excite me per se but for gamers seeking the perfectionist angle probably works perfectly for. 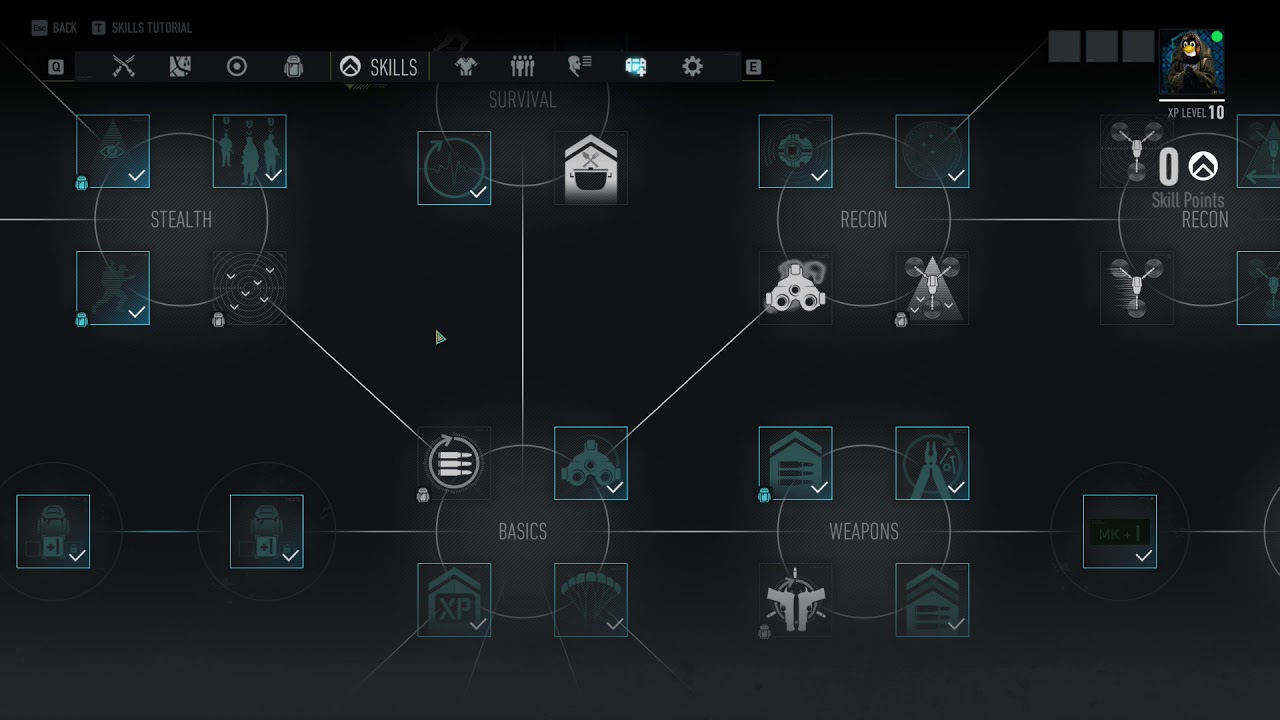 Overall, I can appreciate the direction that Ubisoft was heading in which allows me to give the game a 7/10. The lack of compelling story and a skill tree that just didn’t offer enough killed it for me, but the ability to pick up the game with my friends and play fun stealth missions whenever we have time allows for it to be brought back from the dead. I say this because frankly, that’s what many people are looking for these days as they come home from work and need something to kick back and play. A too compelling story just might feel overwhelming, while Breakpoint allows gamers to log on and play for a bit before going on with their lives.

0
Warning: This review contains spoilers!Fear the Walking Dead is back after an extended hiatus due to Covid-19. So far Season 6 has been a...

The Falcon and the Winter Soldier Ep. 4  – The Whole World is...

The Falcon and the Winter Soldier Ep. 3: Power Broker