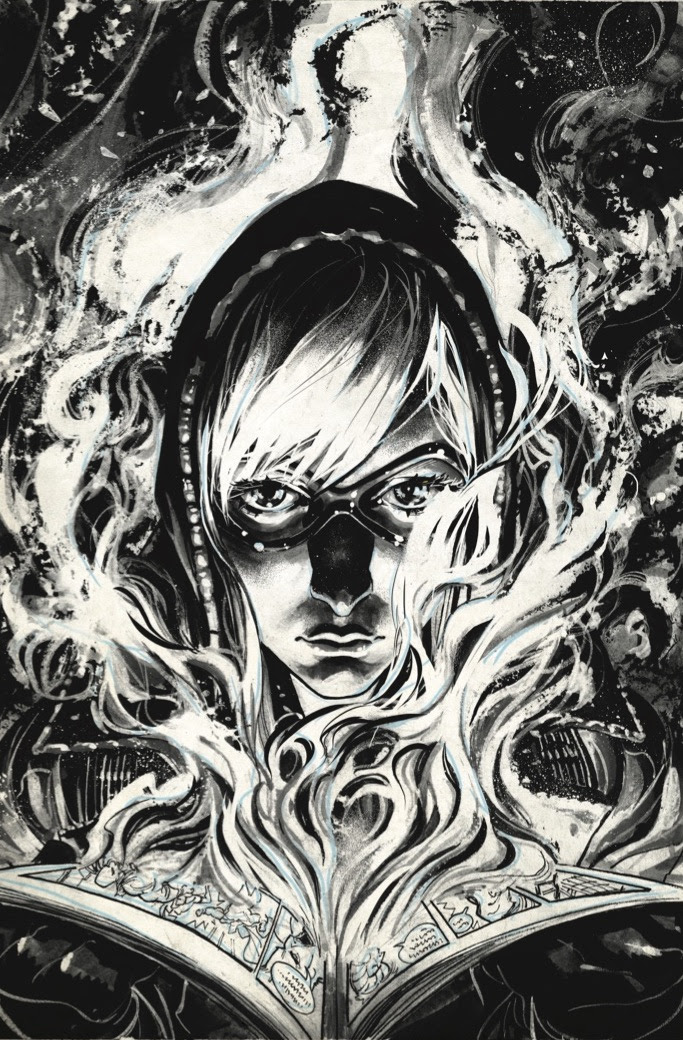 the Geoff Shaw covers and Ryan Stegman cover for the forthcoming Crossover by Donny Cates, Geoff Shaw, Dee Cunniffe, and John J. Hill. These unique covers will showcase the raw inks and pencils behind the stunning cover art for the series coming this November.

“I’ve always loved these kind of raw covers, and I’m so happy we were lucky enough to be able to produce them for my favorite book I’ve ever been a part of,” said Cates. “It’s like owning a piece of original art from the series! Which…. as fast as people are buying Ryan and Geoffs art, might be the closest I ever get to having one!”

Hill added: “These covers were so much fun to put together… they’re the closest you’ll get to grabbing the art right off of Geoff and Ryan’s desks. Eric [Stephenson, Publisher & Chief Creative Officer at Image Comics] had the idea to do something special as a thank you to the retailers and fans who’ve been so supportive, and we took the ball and ran with it!”

The creative powerhouses behind the bestselling, critically acclaimed God Country, Thanos Wins, and Redneck returns for Crossover. Imagine everything that you thought was fantasy…was real. And now join us, in a world where reality is dead…and anything is possible…

Crossover #1 will be available at comic book shops on Wednesday, November 4.

Crossover #1 will also be available for purchase across many digital platforms, including Amazon Kindle, Apple Books, comiXology, and Google Play.

0
Warning: This review contains spoilers!Fear the Walking Dead is back after an extended hiatus due to Covid-19. So far Season 6 has been a...

The Falcon and the Winter Soldier Ep. 4  – The Whole World is...

The Falcon and the Winter Soldier Ep. 3: Power Broker