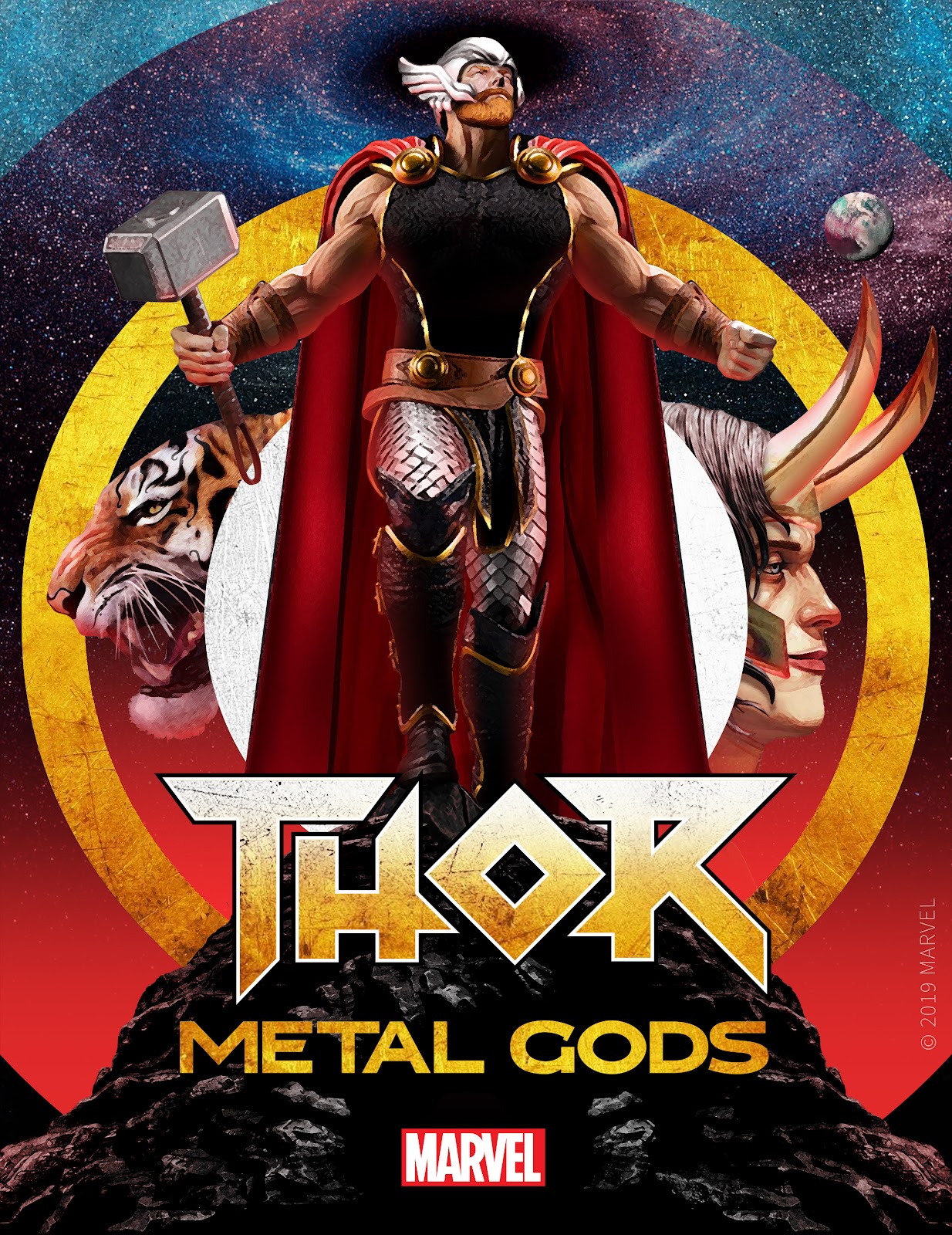 WHAT: Thor and Loki embark on a cosmic odyssey to stop the return of an ancient evil in Marvel’s Thor: Metal Gods. A space adventure on an epic scale, the series propels Thor and Loki on a quest  to recover a dangerous alien artifact. Together with a Korean tiger-goddess, a charismatic, gender-fluid space pirate, and Frost Giant mercenaries, the sons of Odin must each confront their pasts and face the truth behind the destruction of a planet that Thor once tried to help. Tinged with humor, celestial horror, complex relationships, space battles, barroom brawls, and blasts of sheer fun.

WHO:  Daniel Gillies, best known for his role as Elijah Mikaelson on popular CW series The Vampire Diaries and The Originals, will bring the Asgardian brothers Thor and Loki to life as the official narrator. The award-winning writing team is led by screenwriter Aaron Stewart-Ahn (Mandy), and including Brian Keene (The Horror Show with Brian Keene), Jay Edidin (Jay & Miles X-Plain the X-Men), and Yoon Ha Lee (Ninefox Gambit).

WHEN: Episodes will begin rolling out in weekly installments starting today, Thursday, December 12, 2019. The full season [15 episodes] is available for $9.99, or each individual episode is available for $1.99.

Warriors Come Out and Play on FYE Steelbook

0
When someone asks me to recommend a movie that showcases classic New York the first movie that comes to mind is The Warriors. This...

Review: The Walking Dead 1008 – The World Before

Venture into the Weird West with Pinnacle Entertainment Group

Thomas Riccardi - Dec 30, 2019
0
When I first started out playing role playing games there were not that many options. You could either play in a fantasy campaign going...

Conquer the Arctic with Anno 1800 DLC The Passage